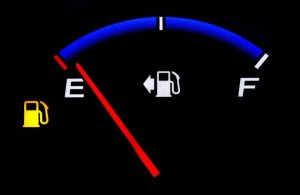 Jesus told his disciples this parable:
“The kingdom of heaven will be like ten virgins
who took their lamps and went out to meet the bridegroom.
Five of them were foolish and five were wise.
The foolish ones, when taking their lamps,
brought no oil with them,
but the wise brought flasks of oil with their lamps.
Since the bridegroom was long delayed,
they all became drowsy and fell asleep.
At midnight, there was a cry,
‘Behold, the bridegroom! Come out to meet him!’
Then all those virgins got up and trimmed their lamps.
The foolish ones said to the wise,
‘Give us some of your oil,
for our lamps are going out.’
But the wise ones replied,
‘No, for there may not be enough for us and you.
Go instead to the merchants and buy some for yourselves.’
While they went off to buy it,
the bridegroom came
and those who were ready went into the wedding feast with him.
Then the door was locked.
Afterwards the other virgins came and said,
‘Lord, Lord, open the door for us!’
But he said in reply,
‘Amen, I say to you, I do not know you.’
Therefore, stay awake,
for you know neither the day nor the hour.”

Lets paraphrase this story and make It a little easier to understand. There was a wedding, to which ten young virgins were invited as participants. It would seem that in some way they were instructed to bring lamps, so that at the right time they could form or lead some kind of torchlight procession. All ten virgins brought their lamps, but only five brought the necessary oil as well. They all waited for the groom to arrive. Time passed and darkness set in. The groom tarried longer than expected and so all ten bridesmaids (virgins) slept until he arrived. Suddenly, at midnight someone cried out that the groom was approaching. All ten virgins are awakened by this cry, and they begin to prepare their lamps for ceremonial service. The need for these lamps is now particularly obvious (it is midnight, pitch dark). The five foolish virgins ask the five wise virgins to share their oil, but their request is denied. It wasn’t that the five wise virgins didn’t care; it was because there would not be enough oil for all ten lamps. Better to have a torchlight parade with five working lamps than with ten non-functioning, lightless, lamps. The foolish virgins were told to go purchase their own oil, which they did. But during their absence the torchlight parade took place, and the groom, accompanied by the five wise virgins entered the celebration hall. The doors were then closed. Later, the five foolish virgins arrived, with oil, but it was too late. That part of the festivities had already been completed. There was no need for the services of these five virgins, and they were not allowed to enter and join in the wedding celebration. Even though the five virgins pled, “Lord, Lord … ,” they were sent away with the words, “I do not know you!” Our Lord then concludes this parable by applying it to His disciples (and thus the church). He urges His disciples to stay alert, because they, too, do not know the day or the hour of His return.

Isn’t today’s technology great? Today’s cars tell us when the tires are low on air, when the engine is low on oil or coolant, and when the gas tank is low on fuel. We are spoiled actually. The lamps of Jesus’s day did not come equipped with low oil light and a chime to let them know that they were low on olive oil. There was no roadside service or trip  AAA to refuel your lamp, people needed to be prepared for every situation, so lamp oil was a staple of every household, and people actually traveled with lamp oil. The five who were unprepared for this situation were left out of the celebration and therefore wasted a trip. This parable teaches us that no one knows the time and date when our Lord will return, but that we should be prepared always. In Matthew chapter 24, the disciples want to know what sign would signal our Lords coming and the end of the age. Jesus spoke to them about the last days and made it clear that the end would not come immediately, but only after considerable time and troubles. Since no one can know the day or the hour of His return we must be in a state of constant readiness  We might illustrate the need for readiness in a different way. Firemen are trained and equipped to fight fires. They know there will be fires, but they don’t know when. And so they are in a constant state of readiness, even when they sleep. Their clothing is all laid out so they can quickly dress and get to the fire. We, too, must be ready, Jesus tells us. We do not know the hour of His return, and more than this, the coming of the Son of Man will be at a time that we don’t expect. I am tempted to think that while His return will be preceded by very difficult days, the actual day of His return will appear to be trouble-free, much like the day Noah and his family entered the ark. (I’ll bet the sky was blue and clear all day long.) When Jesus returns, people will be going about their normal routines because there will be no sign of imminent danger. We therefore must be ready at all times. Take some time to get ready for the return of our Lord. Have everything on hand that you will need, pray diligently and love one another.

Heavenly father give us the strength and foresight to be prepared in every situation that we face; and give us the wisdom to know that you are in control. Even though we can not know the date and time of your coming, help us to know the season. Amen