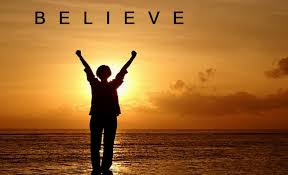 Last week, during the Mass of Easter Sunday, we learned that Mary Magdalene came to the tomb where Jesus was buried and found it empty. She went and told Simon Peter and John and returned with them to the tomb. After they left, she stayed behind weeping. She looked again into the tomb and saw two angels who asked her why she was weeping. “They have taken my Lord and I don’t know where they laid him. Then, seeing a person whom she thought was the gardener, she said, “Sir, if you carried him away, tell me where you laid him, and I will take him.”

“Jesus said to her, “Mary!” She turned and said to him in Hebrew, “Rabbouni,” which means Teacher.

“Jesus said to her, “Stop holding on to me, for I have not yet ascended to the Father. But go to my brothers and sisters and tell them, ‘I am going to my Father and your Father, to my God and your God.’”

Mary Magdalene tells the disciples, “I have seen the Lord” and what he told her.

What was their reaction?

They went into a room and locked the door!

Mary was the first person to proclaim the resurrection and she was not believed, even by those who had been told by Jesus what would happen in these times.

Now in this week’s Gospel, Jesus himself comes into the room where the disciples were cowering and says, “Peace be with you” and shows them his hands and his side. Then the disciples rejoiced. Jesus makes no mention that we know of about their fear and hiding, but instead breaths the Holy Spirit upon them and exhorts them to their mission as ministers of the Word. In John’s Gospel, this is all quite matter of fact.

So let me ask you, did they all believe at that time? We know that Thomas didn’t since he wasn’t present on that day and since he was a no-nonsense and fatalistic kind of guy anyway. (Remember when Jesus was going to Judea to raise Lazarus, Thomas says “Let us also go, that we may die with him.”) But what about the others? Don’t we all know some people, who, when presented with the facts, say, “Well, maybe it’s true, but probably not…” I’m thinking specifically about some people and current scientific knowledge.

But back to the disciples…my guess is that it took Thomas to challenge the Lord, the physical Lord, to come and show him his wounds for some of those disciples to come around. “Show it to me in black and white!” How many of us base our beliefs on evidence, like these disciples?

And here is Thomas. This is a comforting person, in my mind. You always know where you stand with him. In the Gospels, he’s always jumping right in and telling you what he thinks. No beating about the bush.

Proof? I’ll give you proof!

And then he believes. Remember that movie that had the line “show me the money!”? That’s Thomas. And unlike those of us, myself included, who hang back, once he is shown the money, he’s off and running. What a gift that must be, to have all your doubts cast aside and then immediately to go out and get on with the job.

So let me ask you about Mary Magdalene. All she has to hear is Jesus speak her name and she knows what’s up. She proclaims the faith, the risen Lord, and does so fearlessly. In the Gospels, she is mentioned more than many of the Apostles. She was a person of some means, since we are told she is one of the women to provide for Jesus and his disciples.  And unlike Thomas, she doesn’t demand anything. She simply sees, believes, and acts.

Let’s go back to today’s second reading where Peter is proclaiming the new faith. He is talking about Mary Magdalene. Simple, committed, rejoicing, willing to accept trials, and rejoicing with an indescribable and glorious joy.

And the Responsorial Psalm. Mary has recognized Jesus from the beginning as the cornerstone.

And the first reading from Acts. Who provided all the meals and needs of the Apostles and disciples from the beginning, to the time when they set out to preach the good news? Mary Magdalene.

Which one are we imitating? Which one do we resemble? Is it one or the other? Or is it both? Or neither?

I’ll be glad to have either’s way of thinking, because it is plain to see. Plain both before we believe, and plain after we believe. It is a direction. There’s no middle ground.

And I believe that person was telling me that to be a Christian, to believe in the death and resurrection of our Lord, Jesus Christ, you must live it every moment. Not in big ways, not in momentous acts, not in fiery exhortations, not in anything that looks like some big deal. Just in the simple day to day experience of knowing that we are attaining the goal of our faith, the salvation of our souls.

Lord, teach us today the simple pleasure of membership in your family. Teach us the true meaning of your death, burial, and resurrection. And make us worthy of the coming of the Paraclete so that we may also be comforters to our earthly brothers and sisters.